If at first you don't succeed, destroy all evidence that you tried. 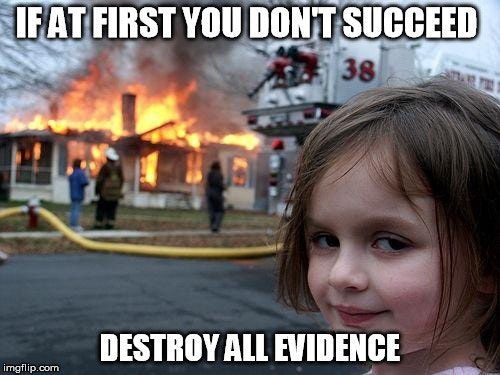 We’re not here just to share the highlight reel.

The exact opposite actually. Sharing our failures will help us all grow together.

The problem is, I've never been great at textbook learning.

How I learn anything: just try it.

Need to try, to fail, then to figure it the f out.

That’s why this week we thought we’d break down 5 of our biggest failures and the lessons we learned.

Honestly, tactics are great. But what kills most people’s dreams isn’t the how to manual being wrong, it’s them never starting the project in the first place.

The beautiful secret? That part, it’s totally in your control.

Failure #1: If You Grow, You’re Going to Get Haters

I have a motto, if you’re not pissing at least a few people off you’re probably not doing anything very interesting. The sad truth is, the more successful you are, the more of these you are going to get. It’s just the law of numbers. There is something triggering to people about others getting out there and speaking their mind. That’s actually good, sometimes it’s positive triggering and sometimes it’s not. Case in point:

We did a tactic where we used our google ‘other contacts’ and sent them a one time email announcement of what we are doing and asked if they wanted to subscribe. This is one comment we received.

Our “bud” James did not like this tactic. Here’s why I don’t let this bother me.

Life lesson: Don’t do what I do often and: Feed the trolls.

Failure #2: Did You Quit Your Job? Aka I’m Telling On You.

We all have other “real gigs.” Olman and Ilona at AppSumo. Codie at EEC and her other businesses. If you start a side hustle that is public or has your name on it, some people are going to assume you don’t care about your main gig. I personally don’t understand that view as I liken it to diversification in the stock market. Would I only have one stock I invest in? No, that’d be crazy. Why would I just have one income stream? Do I just have one hobby only? No, that’d be boring. Diversification is not only fun, it’s valuable to your company and to you. All the magic happens at intersections.

Case in point: I had an investor email one of my partners saying and I quote, “Did you know one of your employees is doing x and y and z? If I was you I’d want to know.”

Honestly I got fired up. I’m not an employee. I’m a partner. Slaved away on too many mindless spreadsheets to not get all riled up about that. BUT it’s cool, because I made a commitment years ago that while I LOVE working for/with/on projects and teams with other people, I will NEVER be owned by one company exclusively again.

I also will never do that to my employees.

Olman also got a few people asking if he left AppSumo. It is super uncomfortable to get those kind of questions when all you’re doing is stretching your creative wings. But you WILL get them. It’s not meant to be rude, it’s just a default setting. So be prepared and know that most humans don’t understand multi-passionate entrepreneurs.

That is ok, you do you baby.

If a tree falls and nobody is around to hear it, does it make a sound?

I mean we’re basically philosophers here. That’s often how I feel about creative work. You create it and sometimes the woods is… crickets.

I screenshot a few of my hottest posts going viral out in the interwebs.

So viral in fact not even our moms comment on them.

In fact, once my mom called me and said

“Codie, I feel bad and try to like every one of your Facebook posts because your friends don’t, except when they post pictures of their kids and meals they get way more likes than you, but I just can’t do them all.”

I literally was so, ahem “popular”, my mom felt bad for me. I had to make her feel better about my lack of popularity compared to babies, kids, cats and food. There’s a win.

So Olman had a few of his work contacts at AppSumo that snuck into his “Others” contact list after an old email exchange. One contact in particular was involved in a - let’s just say, negative confrontation. Well needless to say, this person did not want to hear from Olman’s new side gig and threatened to report him to European authorities (btw Codie is just now reading this segment and LOL'ing - who has enough time on their hands they want to go report email marketing to authorities, give me your free time plz!).

We’d insert the interesting conversation screenshot but I think you get the point.

It was handled but nevertheless annoying (insert Codie, still thinking this is hysterical).

But the thing is, you have to put stuff out into the world to see if it works. Often it won’t.

There won’t even be the sound of a thud. Other times, it will thud very hard.

Do it anyway. Why?

“Ship creative work. Either you do that for a living or you don’t. If you don’t good luck to you because you’re then just a cog in a machine that’s trying to replace you.”

How do you become a creator?

So go throw up some balls, and don’t worry about the ones that drop.

So what I’m really trying to say….

Have questions for us? Want to request a tactic for us to try? Hit us up in the comments!

Increase your subscriber base with our free weekly marketing and sales tips.
Whoop Whoop! Welcome on board!
Oops! Something went wrong... 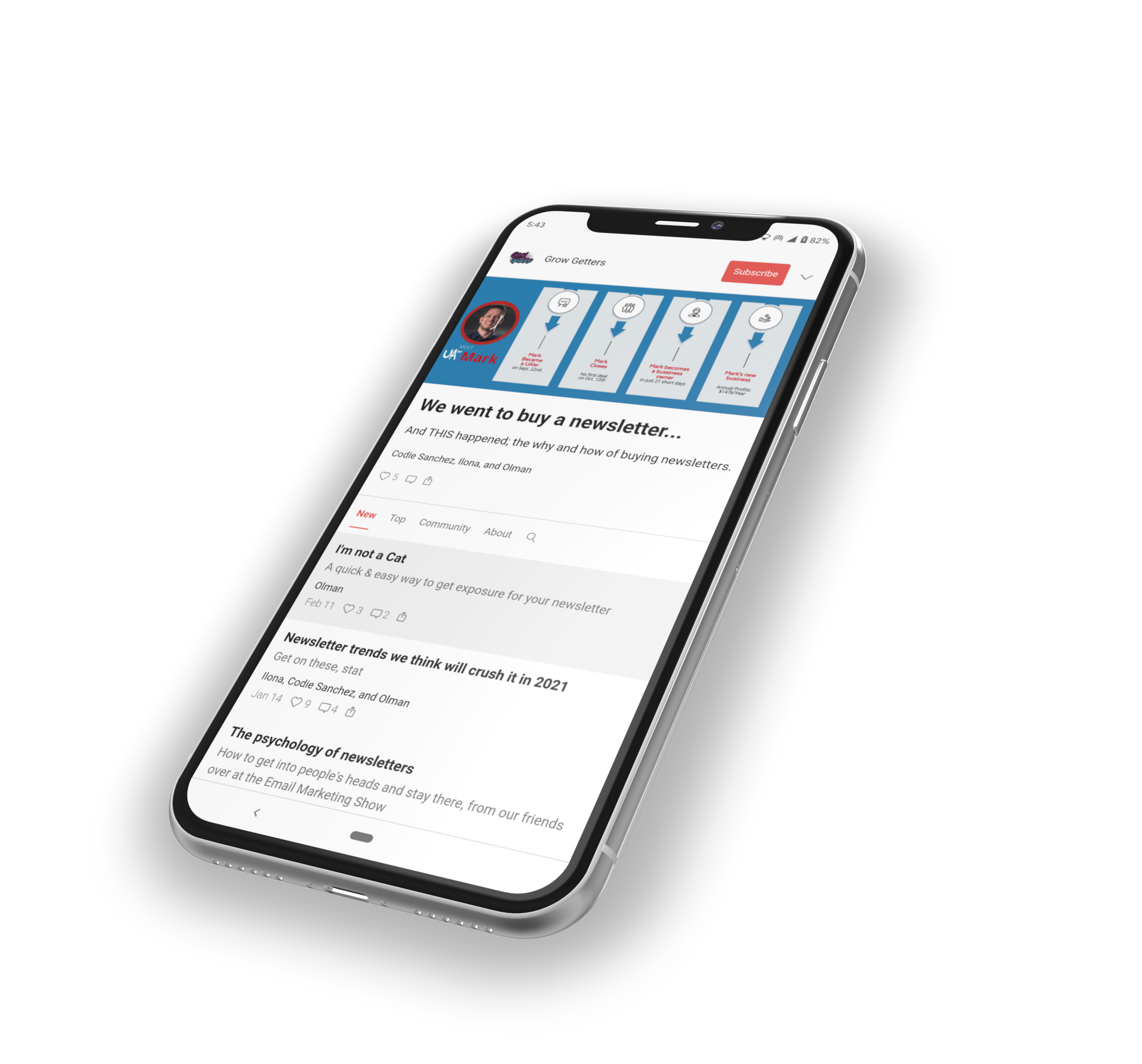